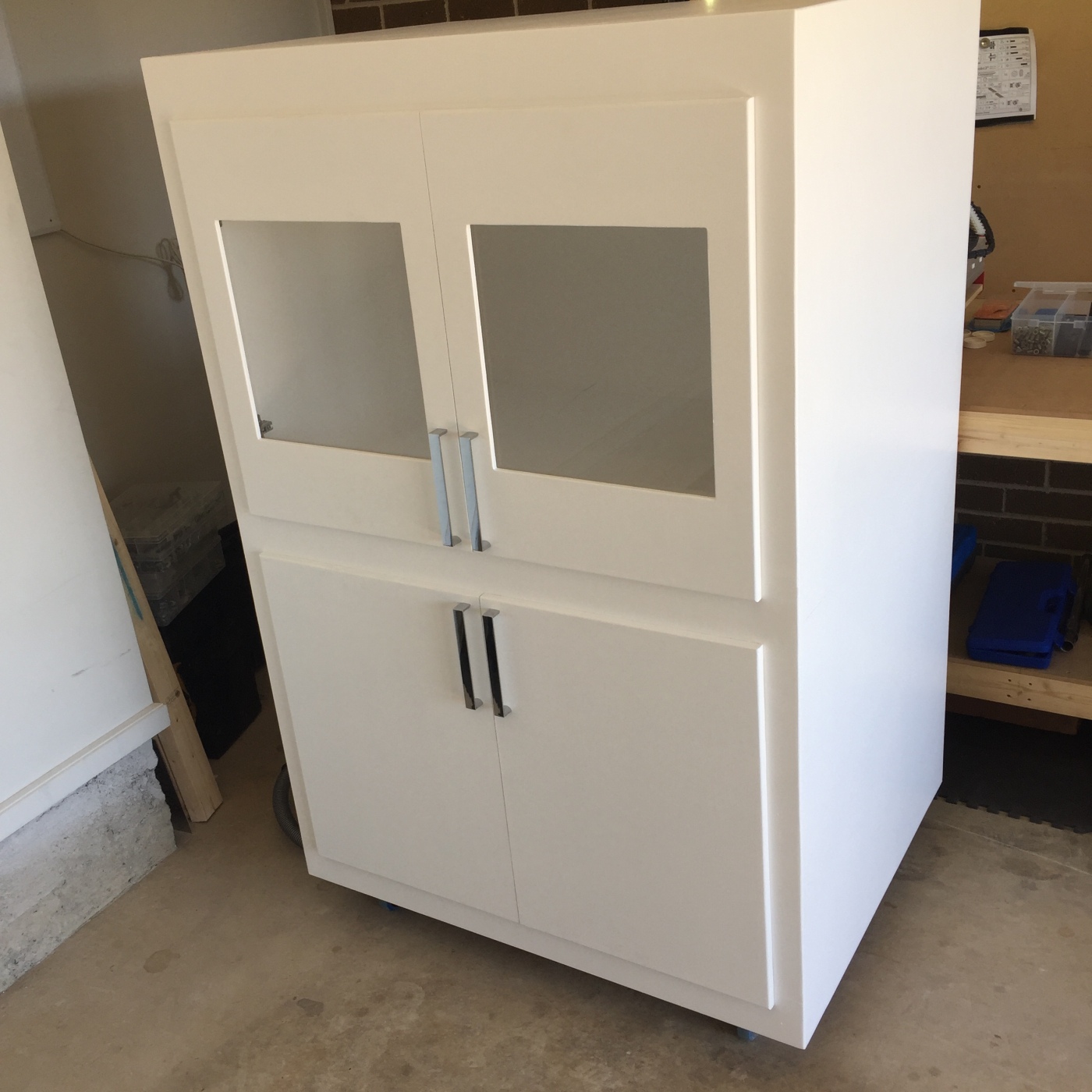 When I originally built my custom workbench, I envisaged the Shapeoko sitting conveniently atop, happily cutting away at whatever project I threw at it. I hadn’t put much thought into how to deal with the noise and mess generated until running a few cuts in Aluminium.  The Dewalt router is pretty loud on its own, but even louder while cutting material.

My requirements for the enclosure were as follows:

Before starting, I measured the Shapeoko to determine its volume. I needed space on both sides for easy tool access, and space above the machine for the vacuum line and to stick my head in while fixturing material.  The internal dimensions I settled on were 1000 mm wide, 650 mm tall and 800 mm deep, giving me a total volume of just over 0.5 cubic metres. To make construction more manageable, both compartments would be the same size. I started by building two open-ended MDF boxes which would serve as the internal walls.  I wanted an almost ‘clinical’ look on both the inside and outside, so the support frames were built around the boxes, skinned with another layer of MDF. 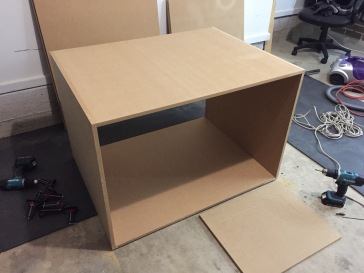 After completing the internal boxes, I moved onto the external structure. I used pine timber framing, which is what you’d also build a house with, so I knew it’d be strong. The back of the enclosure was left open, as I’d be constructing a separate wall at a later stage.

Screwing the frame onto the internal walls

The whole enclosure was already impossible to move due to its weight, so added four 100 mm castor wheels. 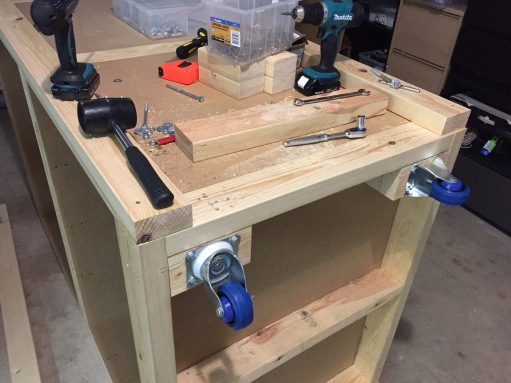 Attaching the first castor wheels to the base. 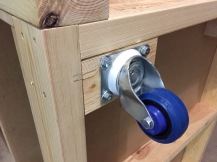 The frame was starting to come together, so I started filling the voids with R2.5 insulation batts.  This insulation would be packed tightly into every space, excluding the front doors.  My theory was that this might help reduce the noise. 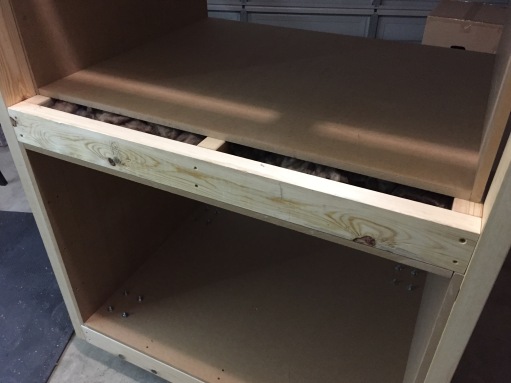 Insulation in the middle of the enclosure 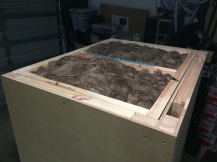 Insulation in the top of the enclosure

Insulation in the back of the enclosure

To close the back of the enclosure, I built another wall with an inner and outer MDF skin plus an internal pine structure. I packed the voids with more insulation before securing it permanently.

Fully insulated on wheels – back view

At this point, I had a fully insulated enclosure, but with no ‘skin’ on the front. I used the belt sander to even out the front face to make attaching skin easier.  I brought my first belt sander during this step, and I was amazed at how quickly it removed material, at the cost of making a tonne of MDF dust.

To fit the front skin, I cut several horizontal and vertical pieces rather than working with a single MDF sheet.

A closer look at the first front skin piece 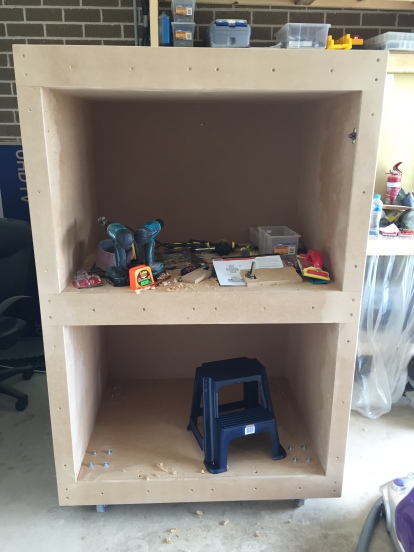 To create the doors, I cut four sheets of MDF and attached them to door hinges. This was very challenging, and I spent lots of time trimming and retrimming the doors, so they fit correctly.  I cut and routered a rebate in the doors, to house clear perspex windows.  One night while I was inspecting my work, I dropped a door on my toe, probably fracturing it.  Always wear shoes, people!

After routing the window panels for perspex 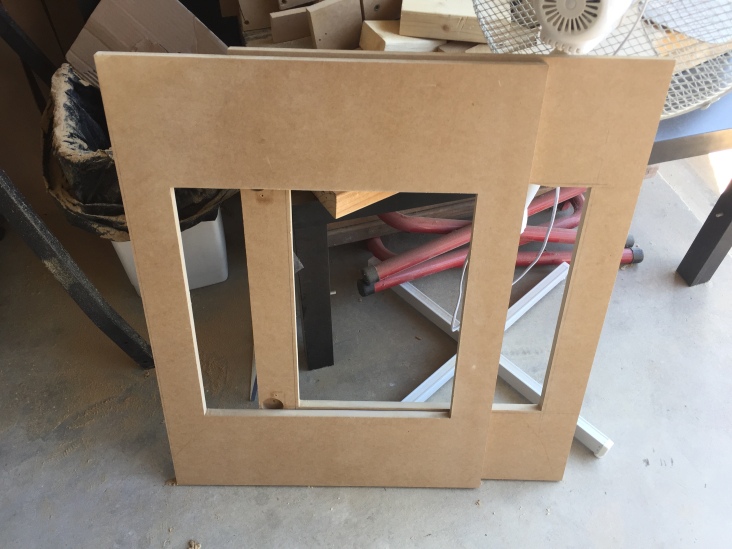 The finished doors, ready for paint and fitment

The box construction was complete, so it was time for paint.  This step took many weekends, requiring multiple coats to get the desired finish. Painting upside-down also wasn’t much fun. I added a single coat of MDF sealer, plus two coats of a hard-wearing oil-based paint over the top. 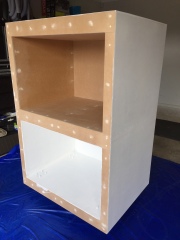 Starting the first coat with primer

More work on the first coat of primer

Painting the back with primer 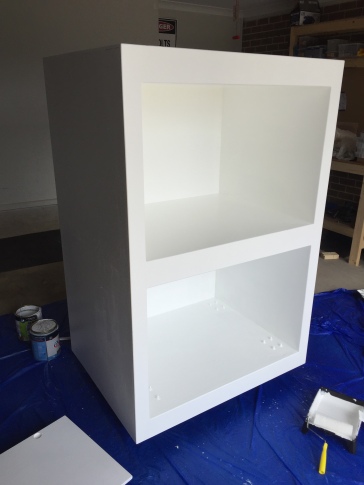 A look on the inside after painting was complete

I chose four chrome door handles to finish off the look on the outside.  I wanted the enclosure to feel like an actual piece of machinery, which I think I’ve achieved.  Aligning the handles was a matter of marking out their position with electrical tape, then drilling pilot holes and attaching from behind. 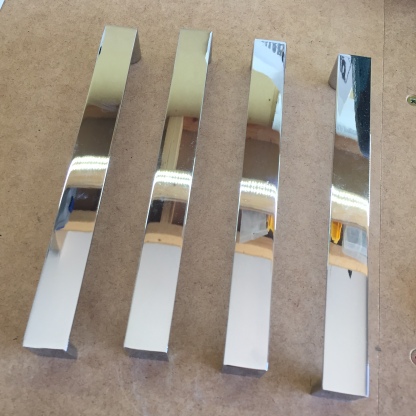 The handles, before attachment to the doors 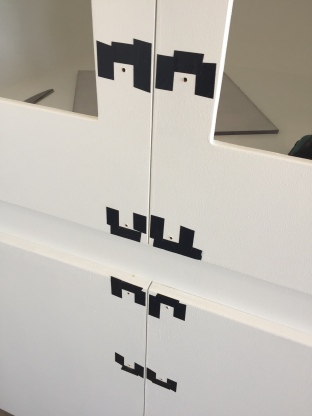 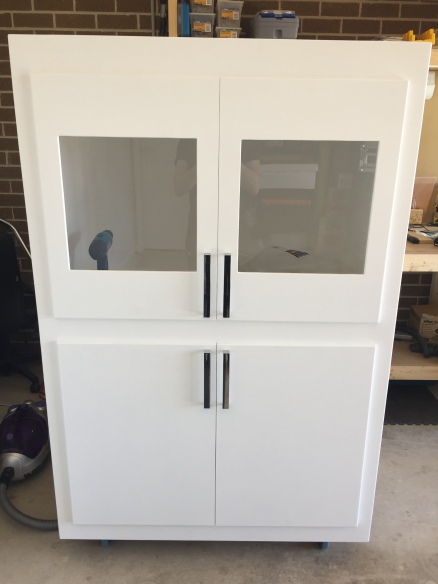 A view of the handles from the front

A view of the handles from the side

A view of the handles from the top

The windows are made from 8 mm thick perspex, which allowed a good view of what’s happening inside the enclosure, while still blocking most of the noise.

Perspex window before peeling off the protective layer

Power is provided by a cable organiser installed at the back of the compartment.  There is a hole in the bottom, which allows an extension cord to be fed through to the wall.  I’ve also attached two LED strip lights on the roof of the enclosure.  These can be switched on and off individually if required. 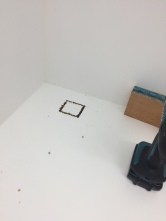 Moving the Shapeoko was a little tricky, due to its weight. It fits perfectly in the space and is well illuminated via the overhead LED lights.  In the photos below you can also see I’ve installed the vacuum hose, which currently just exits through the bottom compartment, where the vacuum lives.

By default, the Shapeoko wiring is attached to the rear of the X-rail.   I wanted to do a better job of protecting the electronics, so I opted to mount the control box externally.  This also lets us see more blinking lights when a program is running – who doesn’t love blinking lights?

I attached a 24-way terminal block to the right side of the Y-rail, then threaded the wires through a hole drilled all the way through the rear of the enclosure. 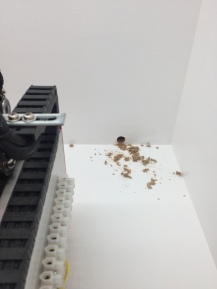 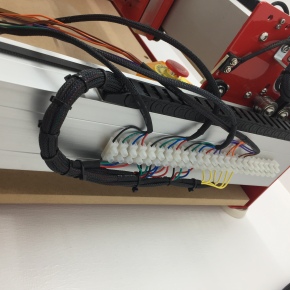 The terminal block attached to the Y-rail

The wires ready for install

The wires come from the back of the enclosure 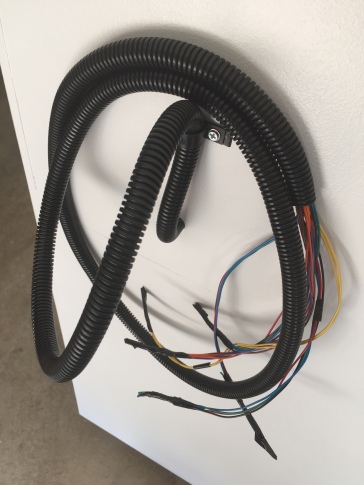 The wires coming from the back, ready to be attached to the controller

I wanted an e-stop switch for my controller, which is supported by the Stepoko controller (which comes with the Shapeoko).  I wired up two e-stop switches in series and set the Stepoko e-stop setting to ‘active-low’  This means when either switch is activated, the circuit is broken, pausing the controller.  This means I can stop in an emergency, whether I have the door open or closed. 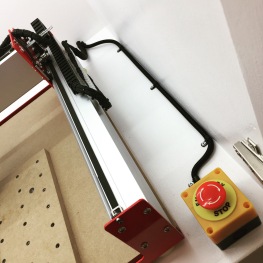 The final step involved attaching the Stepoko to my workbench and wiring up its terminal blocks.  Power to the Stepoko is provided by a 24V adapter passed through the back of the workbench. 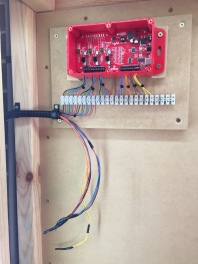 I’m incredibly pleased with how the enclosure turned out.  Every step took a lot longer than expected, but the results have been worth it.  I now have a bulletproof home for my Shapeoko in the corner of my workshop.

If you have any comments or questions about this project, please add a comment or get in touch. 🙂 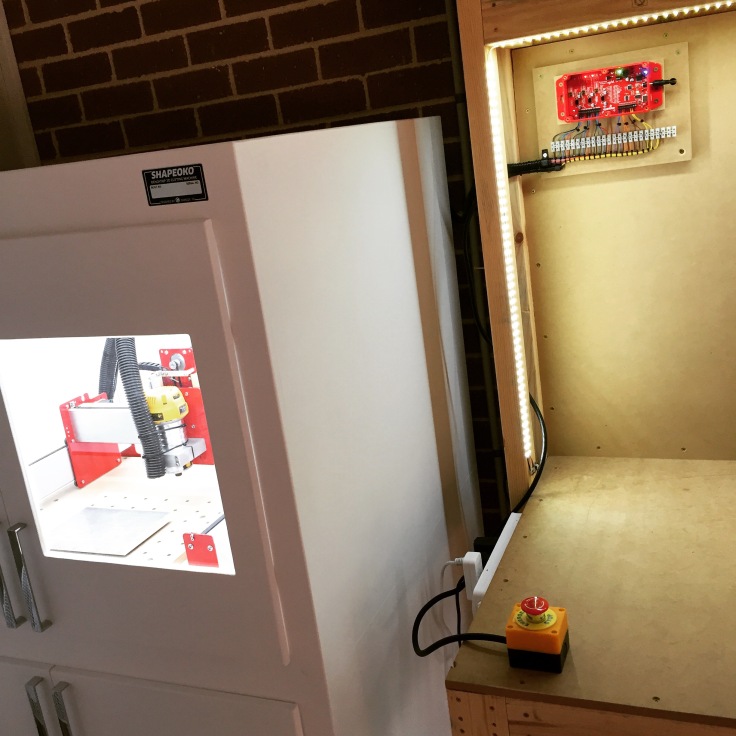